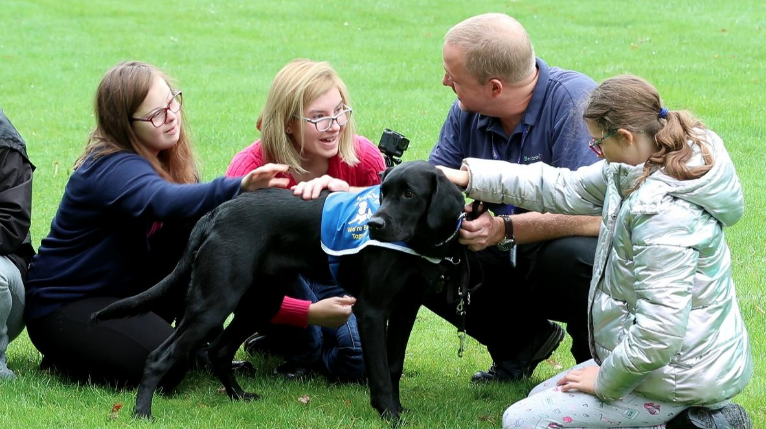 Henry, a black Labrador, has taken up post at Beaucroft, as assistance dog for the students. He is already a huge hit with the pupils – and the staff.

Henry was pre-named but the school decided to give the second name of Thornton because he was funded by the John Thornton Young Achievers Foundation.

The charity was established by family and friends in memory of the young Royal Marine who lost his life in Afghanistan in 2008 at the age of 21.

“Every year we make a contribution to the school to do whatever they feel is right for the pupils and this year they decided to have Henry which is absolutely wonderful. We are obviously delighted.” Pete Thornton.

The John Thornton Young Achievers Foundation (JTYAF) was set up in memory of John Thornton who was tragically killed in Afghanistan in 2008.

Read the full story by Andy Martin at Bournemouth Echo.